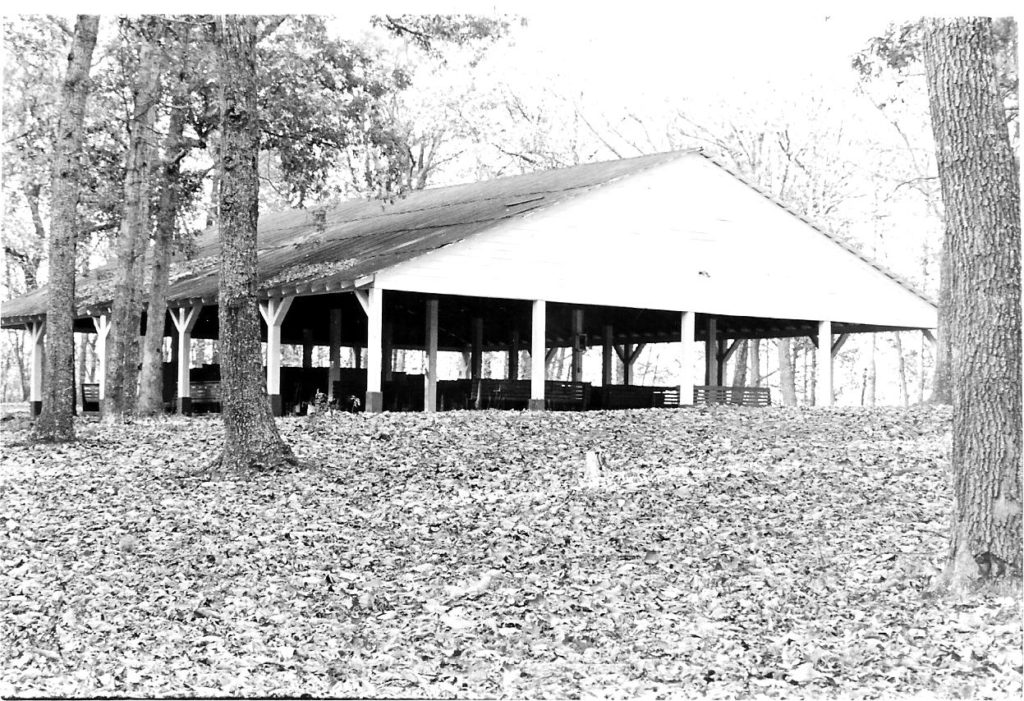 Old Redwine Camp Ground is remembered as a recruiting place during the Civil War, and there is a monument on the church grounds that was dedicated to the memory of these brave soldiers.  After the war, for many years there was an “Old Soldiers of the Confederacy” reunion held annually on the campgrounds, and old soldiers in uniform, with identifying ranks, would attend the annual event held under the Arbor.  According to records, the Arbor we have on our church grounds today is the third one.  It was constructed in 1936, and although the old soldier’s reunions and camp meetings have been discontinued, the arbor is still in use for worship services, family reunions, and scouting.